The Development of Africa requires Investments and Innovations

Africa, world’s second largest continent, is divided into 56 states. There are 1,2 billion people and the population growth is rapid. It is anticipated that the population will double by the year 2050. 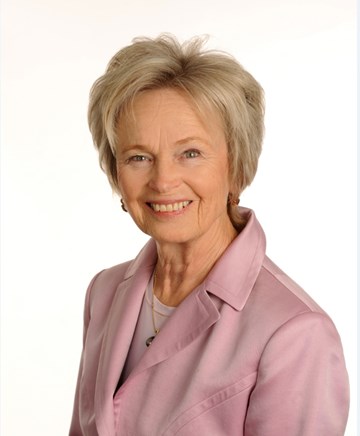 During the past decades the development of Africa has been impressive and there are several promising emerging economies. However the economic growth has been quite uneven. The history, politics and economy of different African countries vary considerably. The biggest African economies are Nigeria, South-Africa and Egypt.

The huge continent is waiting for investors and economic activities

It is very important for the growth and progress of Africa that the development of exports, commerce and production are encouraged. The private sector has a key role to play in this process. Also public-private partnerships can significantly contribute to the economic growth.

Of the 48 least developed countries 35 are in Africa. African countries have for decades been biggest recipients of development aid. Now people have started to think that renewing the concept of traditional development cooperation is necessary.

Many European countries and also the European Union have already started the process of reviewing the present modes of cooperation. When the focus of development cooperation is transferred more to the economic cooperation and bolstering production and innovation it requires a new mindset and new instruments.

North Africa has mostly recovered from uncertainties and tumult created by the Arab spring that took place in 2010. The growth of the gross national product was last year already 4,9%. There were several factors contributing to the growth; the rise of the prices of the raw materials, increase of tourism, increased export of Libyan oil and a good year in the Moroccan agriculture. The economies of North African countries are expected to grow positively also this and next year. As the political and economic stability in the region has increased so has interest and confidence of the investors.

The growth should be more than 4 procent during the next ten years so that the high unemployment rate and poverty would decrease in the region. This would contribute to the general stability, which is essential when trying to strengthen the general trust and confidence of the citizens and companies as well.

However the positive development is shadowed by the political instability, corruption and uneven income distribution. Additionally the structural reforms are being implemented slowly and the trade between the countries of the region has remained low.

Sub Saharan African economic growth according to the World Bank was last year 2,6 %. The growth is largely explained by the increase of the price of oil and metals. Additionally after the drought the agriculture has been recovering. Economic growth is expected to continue positively also this and next year. However the differences between the countries remains very high.

Without the structural reforms the economy will grow slowly, especially the private sector growth will be weak. It is of utmost importance that the work opportunities will be rapidly created for the growing population. State debt and large scale poverty are also a serious concern.

Diversification of exports, improving the infrastructure, implementing structural reforms and improving the effectiveness of public administration would promote economic development. The World Bank suggests that the main priority for Africa is the expansion of electric networks. In this way rural areas would be better integrated into the general economy.

Exports to Sub-Saharan African countries (53 countries) was 609 million and imports 618 million euros. In this region the biggest export countries were South Africa, Tanzania, Nigeria and Ghana.

These three African countries are worth noting as investment, trade and cooperation partners

South Africa is the most important trade partner for Finland among the Sub Saharan African countries. It is the most developed economy of the whole continent. It is also the country most integrated in the world economy. It is the only African country to be a member of so-called BRICS-group (Brazil, Russia, India, China and South Africa).

The infrastructure of South Africa is modern and its finance sector is well developed. It is possible that president Ramaphosa, after winning the presidential election this spring, is able to bring back the confidence of the international investors. If this happens it would enable South Africa to assume the rapid economic growth it used to have.

The corruption grew very fast during the previous president Zuma and his partners. The most important task of the new president is to curtail the corruption and to clean the political culture. The trade between our two countries was last year 411 million euros.

Kenia is the commercial center of East Africa. It has developed its business environment so that the country rose to be third most developed in all Africa. Kenia invests in the regional and international trade. The strong economic growth had a setback last year due to the political instability, drought and the negative impact of the forced interest rate ceiling on the private companies. Despite this the growth was almost 5 %. The growth is anticipated to be this year more than 6 %.

The trade between our countries has remained quite small, last year it was 38 million euros. Despite of the uncertainty caused by the elections several Finnish companies opened their offices in Nairobi.

Morocco is a stable and in many ways a dynamic country. It invests a lot in improving the business environment. The location between Europe and Africa is strategically favourable. Morocco is the most significant financial center in Africa. Big international ports and free trade zones have brought many international large and small companies to the country. There are impressive infrastructure projects ongoing and special attention is given to the digitalisation and developing the mobile services.

Health technology, education, waste management and development of the agricultural sector are priorities of Morocco. The trade between our countries was last year 200 million euros.

Maria Serenius has worked as ambassador in Turkey and Latvia and as Consul-General in Los Angeles. She has had various posts in the Ministry; Tokyo, Geneva, Cairo and in Sri Lanka for UN. In Finland she worked e.g. as the Director-General for Africa and Middle East. After retirement she has worked as a Senior Associate in the Prime Advisory Partners (PAP). PAP works in collaboration with the BEAM programme of Business Finland. Maria Serenius is also a member of the governing council of Finnish Middle East Institute.

This is the second blog article in a series of articles titled New Winds on the Emerging Markets. The writings reflect various economic political views the emerging markets and how they generate further discussion for decision makers and companies.