If you want to break into Norway, pick up the phone

Norway is investing heavily in Finland’s strong industries, and the Norwegian market has great potential for Finnish companies right now. Familiarity with the extroverted culture of Norway can make all the difference when trying to break into the Norwegian markets.
Norway
Arctic
Bioeconomy and Cleantech
Smart Energy Finland
Batteries from Finland
Smart Mobility Finland
Health and wellbeing
Smart Life Finland
Personalized Health Finland 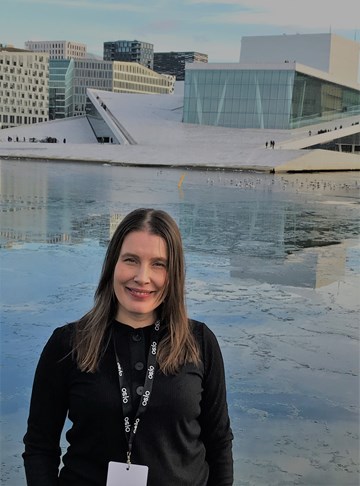 Many Finnish companies looking to expand abroad start with Sweden and jump to Germany from there, even though there is a hidden gem on our very doorstep – Norway. The country is a particularly attractive market area for Finnish companies, because its GDP is growing faster than Finland's and the Norwegian state budget is 2.5 times that of Finland. Norway is an oil producer and not a member of the European Union, so there are certain quirks to the country's economy.

But Finland's reputation for tech expertise makes the Norwegian market ripe for the taking for many Finnish businesses. Our image has improved immensely in the last couple of decades. When I moved to Norway in 2001, many people had an image of Finland rooted in the musty 1960s: they swear a lot and the skiers use doping. Today, the Norwegians see Finland as a progressive country with great education and engineering, a producer of high-quality technology, and home to the happiest people on the planet.

Norway is currently going through two great transformations, which any company looking to operate in the country should take into account.

1. The country's oil reserves are being depleted.

A major political debate on what to do after the oil runs out is currently ongoing in Norway. The country is making huge investments in environmental technologies and zero-emission infrastructure. Norway is one of the world's leading electric car users. This is a fantastic business opportunity for Finnish companies.

Quick breaks are rare – use your phone

In addition to the market situation in Norway, aspiring entrants need to understand the local workplace culture. If I had to give one piece of advice to a Finnish company looking to expand into Norway, it would be "cultivate your relationships!" Finnish people often come across as abrupt and distant. The Norwegians are more outgoing than us, and value face-to-face meetings and talking on the phone over e-mails. Norway is a small country where everyone knows each other, so relationships should be cultivated patiently and with care. Fluency in Scandinavian languages gives a huge advantage in finding partners. You can get by with English if you must, but that leaves you in the same league with the rest of Europe.

It pays to be patient and show the other party that you are in earnest.

You should also make a personal visit or two, especially in the early stages of cooperation. Norwegians take an open and enthusiastic attitude to new things, but one successful meeting is seldom enough to kick-start a partnership. It pays to be patient and show the other party that you are in earnest.

Visitors to Norway are often surprised by the travel times in the country. The geography is very different to Finland, and you need to factor logistics into the equation from the start. The roads are winding and cover most of Norway, because the whole country is populated. Regional politics are strong in Norway, and the country invests large sums in infrastructure. This is another great opportunity for Finnish companies: there are a lot of ports, roads, tunnels and construction sites in Norway.

Laid-back attitude to life and work

A good balance between work and family life is also part of the relaxed Norwegian mindset. You should never book a meeting for Friday after lunch, because the Norwegians will already be on their way to their chalets. That's what I love about Norway – the quality of life.

I have been living in Oslo for almost twenty years now, and my journey here began with a student exchange. I graduated from the Turku School of Economics and had always dreamed about living abroad, so I went to Austria as an exchange student and ended up working in Spain, where I met my Norwegian husband. I haven't lived in Finland since. I started as an advisor at Business Finland in January, and this is actually my first job in Finland!

But I do miss two things about my home country: the sauna and hot lunches. Norway is dominated by the matpakke or packed lunch culture – good luck trying to find a hot meal in the workplace cafeteria. Even after all these years, having nothing but a cold sandwich for lunch still gets to a Finn!

Our blog series features tips from Business Finland’s advisors on trading successfully in the export market. Experts on various countries introduce readers to the local culture and the market’s special considerations for Finnish companies. The advisors also tell their own stories in the blogs, including how they ended up in the country they are writing about.