What Food from Finland has to offer for French cuisine 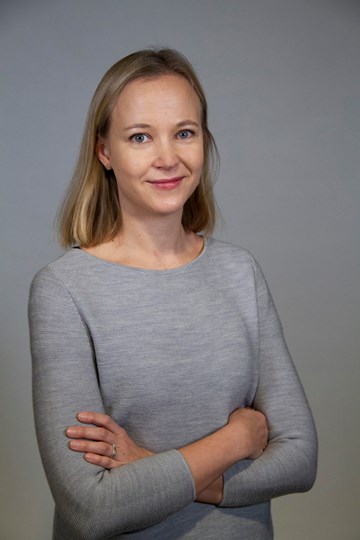 When people hear that I promote Food from Finland in France, I see some eyebrows raising, even some slight smiles. What does Finland have to offer for a country world known for its cuisine?

These people probably do not know that Valio exported butter for over 60 Million euros to France in 2018 and that the secret behind delicious French croissants and pains au chocolat might be the pure Finnish butter. The Finnish butter is of high quality, as apparently our cows eat better! Here we come to secret of the Finnish food: We have the cleanest nature in the world that also affects food that we produce. Summer growing season is short but due to the midnight sun, nowhere else in the world you can have such tasty produce and wild berries.

Since 2019, France is a target market for Food from Finland program

The first retail campaign of Food from Finland in France took place from Mid-January to Mid-February at a Parisian gourmet food hall La Maison Plisson. It included 15 products from seven companies, salmon from Hätälä, reindeer chips from Polarica, oat crackers from Linkosuo, aperitif biscuits from Leipomo Rostén, berry products from Poikain Parhaat and Natural Nordic, rose petal jam from Finnish Plant and birch sap drink from Evoleum that include Nordic Koivu’s sap. The clear bestsellers where flame smoked salmon (loimulohi) and reindeer chips. Finnish Chef Jouni Törmänen made tastings in the store, which was necessary for introducing the products to Parisians. Additionally, we gave out recipe cards to give tips and inspiration to local home chefs on how to best use the products.

Organizing a campaign with a trendy Parisian store is not always easy, but with a great help from our headquarter food team, Finnish Embassy in Paris as well as a local consultant partner, the result was a success and La Maison Plisson was very pleased with the sales. They will permanently list a few references from this promotion, and most importantly, we got a credible reference to open doors to other French retail chains.

Our Minister for Economic Affairs Mika Lintilä visited the store to see this promotion during his circular economy delegation trip to Paris, which highlights the importance that our government is giving to Finnish food export.

In France, we welcome Finnish companies to take a closer look at the French market, often neglected in the shadow of its more known neighbours, UK and Germany.

There are plenty of opportunities to be seized, for the bravest companies and for the tastiest products...