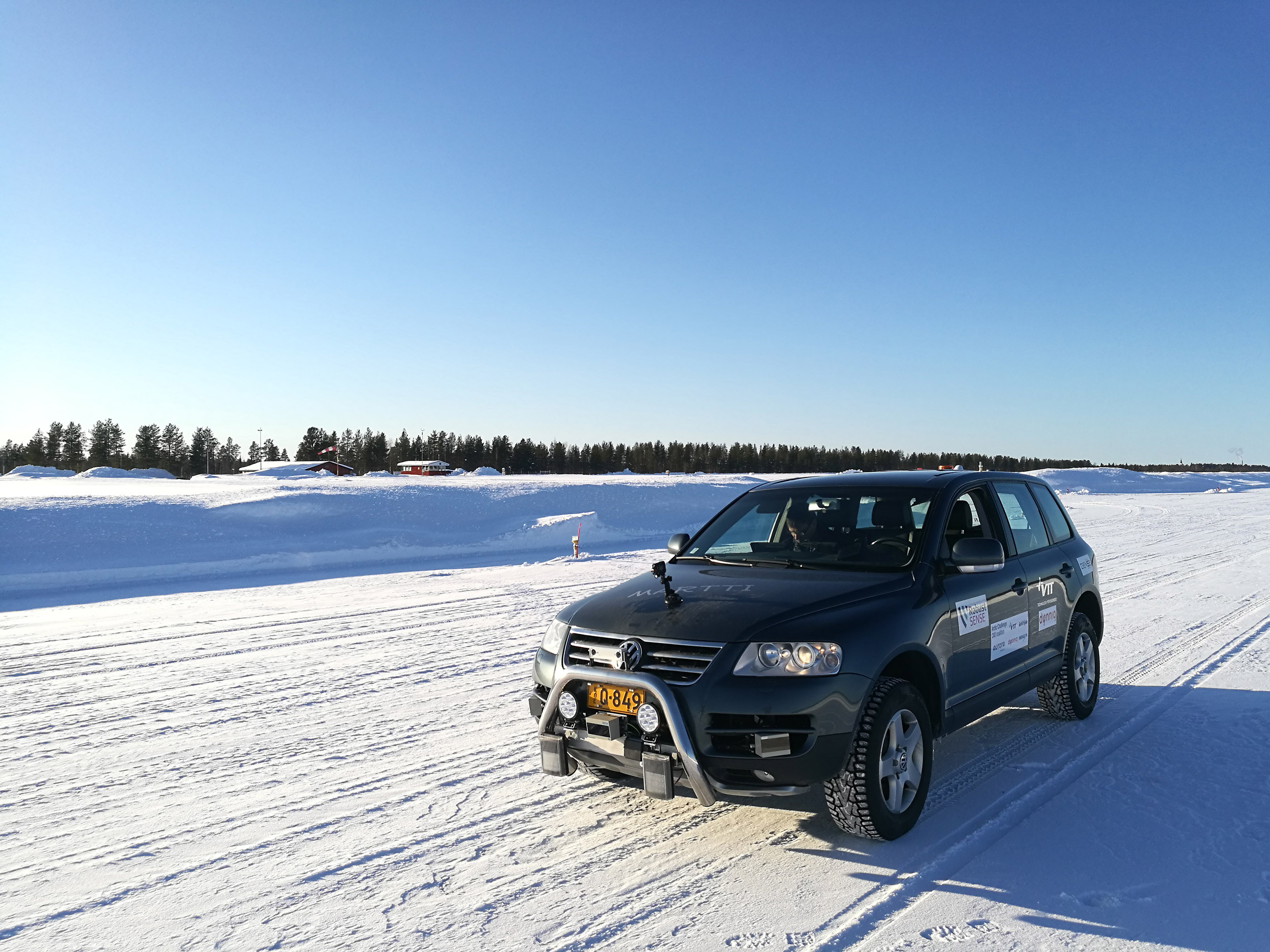 Fitted with world-class sensors, antennas, cameras and laser scanners, Marilyn navigates more accurately than the human eye past obstacles in thick fog and whirling snow, slows down when needed but doesn't stop unnecessarily. Martti is the first autonomous car in the world to drive on a snow-covered public road and can also communicate about road friction conditions with smart transport infrastructure as well as with his spouse.

VTT Technical Research Centre of Finland's robot cars Marilyn and Martti have been Finland's supermodels in the EU's ECSEL research projects that develop innovations to improve the performance of autonomous vehicles in harsh and changeable weather conditions. In addition to VTT, the other parties involved in Finland's strong contribution to the RobustSENSE and DENSE projects have been the companies Modulight, Oplatek and Vaisala, Tampere University of Technology and Business Finland as one of the funders.

Finland's focus is on LiDAR and sensor fusion technology

In the RobustSENSE project, the leap in Marilyn's perceptual ability was partly enabled by a new 1550 nanometre LiDAR developed in Finland and the ability to combine radio and LiDAR technologies by emphasizing the best qualities of the different sensors. In the follow-up DENSE project, the resolution of the radars has been improved so that Martti can distinguish smaller items more accurately.

"From the scientific or commercial point of view, the most significant achievement has been the construction of a miniature laser scanner sensor and its connection to the software that guides the car," explains Project Manager Matti Kutila from VTT's RobotCar team.

"Personally, the most memorable moment was in Germany where we drove completely automatically with Marilyn through the foggy tent that had been erected in the test area. So far no one else in the world has managed to do the same, at least publicly."

With the exception of tech giant Google's self-driving car project, the development work for autonomous vehicles is carried out in alliances where the major players of the automotive industry work together with different parties. According to Kutila, achieving full automation which works safely in all weather and light conditions may still take 15-20 years.

"The development work is not possible without risk funding when the profits from the technological innovations are still uncertain. On a small scale the risk is visible, for example, in the development of the vehicles' algorithms where normally it is only the fifth or the tenth version that works even moderately well," he says. "More than one party is usually needed to share the risk on a long-term basis. Through Business Finland's funding role, we have been able to create a Finnish consortium that brings together parties working in the same field."

The results of the applied research projects are also reflected in the shorter term with the constant addition of new safety-enhancing technologies in the new models of normal cars. The know-how refined in the automotive projects can also be utilised in many other industries.

"The same technology developed for outdoor use can also be applied, for example, in the production of non-road mobile machinery, which has already strengthened the industry in Finland in recent years and brought more export earnings," says Kutila.

The projects received funding from the Industrial Internet program by Business Finland.