Established in 2014, the text analytics company Utopia Analytics rose from a start-up company into a global growth company in a couple of years. The company is conducting business in Great Britain with quality and presence – in fact, Utopia Analytics has been so successful that even the British Parliament wants to hear the company’s views on artificial intelligence.
Further information 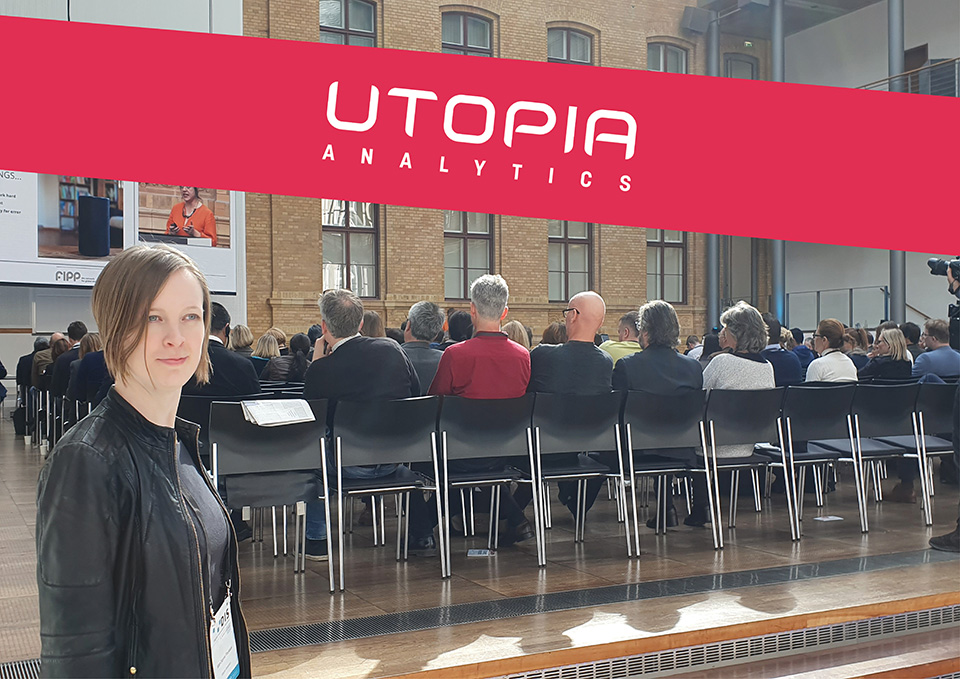 The company's Utopia AI Moderator is used in the largest Finnish online media Iltalehti.fi and online marketplace Tori.fi, among others.

The co-founder and CEO of Utopia Analytics, Doctor of Science Mari-Sanna Paukkeri says that the company aims at taking discussions in social media to a new era. With the help of efficient moderation, inappropriate content can be removed from social media and it will not disturb the users of the service or its human moderators.

"In practice, our product is designed to do the same as security guards do in the physical environment – supervise the behaviour of people. The moderation policies of our product are always specified by a person: artificial intelligence learns about the decisions made by a person with the help of examples. Our customers specify the moderation policies. We offer a tool which they can apply to large volumes," she says.

The system was down only five minutes during the whole year. How many companies can do the same?

Utopia Analytics' product can be used in various languages. The growth company aims to become the leading text analytics company in the world. The company already operates on five continents.

"One of the highlights last year was the fact that our system was up and running for more than 99.999% of the time. In other words, the system was down only five minutes during the whole year. How many companies can do the same?", Paukkeri wonders.

Utopia Analytics has focused on international trade right from the start. They have had contacts in the UK for a long time and they acquired a local brand partner at the beginning of 2019.

Things have progressed quickly: in the summer of 2019, Utopia Analytics was called to an official hearing at the British Parliament to describe how the moderation of hate speech can be carried out using current technology. In October 2019, the company participated in a major international event at the Irish parliament that dealt with the prevention of fake news and disinformation. There have been plenty of requests for interviews.

Utopia Analytics obtained its first pilot customer in the UK in November last year. At the moment, the company has several ongoing negotiations related to exports to the area. Besides Utopia AI Moderator, the Brits are also interested in Utopia AI Claim Handler, which is intended for the insurance sector. Utopia Analytics aims to increase its customer base and operate in several sectors in the UK.

"We distinguish ourselves by having high-quality products. Our technology can process the very language or dialect that is used by the customers. Our product is ready for production use in only two weeks," Paukkeri says.

"Natural languages change constantly, and new words are added to them, and there are new topics to be followed in the media. That is why we offer machine learning as a service: our model ensures the quality of moderation in spite of changes and that customers do not need to know to how the system should be maintained," Paukkeri continues.

Be physically present and take advantage of local cultural expertise

The UK is an interesting market for Utopia Analytics due to its size. Business Finland and the Embassy of Finland have assisted the company in selecting cooperation partners and contacting customers, among other things.

Finland is considered a forerunner in technology abroad.

Even though it has been easy to do business in an English-speaking country in terms of the language, there have also been surprises along the way.

"It is essential to be constantly present in the country, as a result of which we have had to travel to the UK several times. It should also be noted that it could take some time to sell artificial intelligence, as it is new everywhere," Paukkeri says.

She comments that it has been both good and bad in the UK that the company is Finnish.

"Finland is a small country outside the UK, but on the other hand, Finland is considered a forerunner in technology abroad," Paukkeri says.

She has the following tip regarding the British market: make connections with locals who are familiar with the culture.

"This way the company can take its business forward much more efficiently," Paukkeri says.