MaaS Global transforms global mobility one journey at a time

MaaS Global is a pioneer of the transport sector transformation underway in Finland and around the world.
Further information 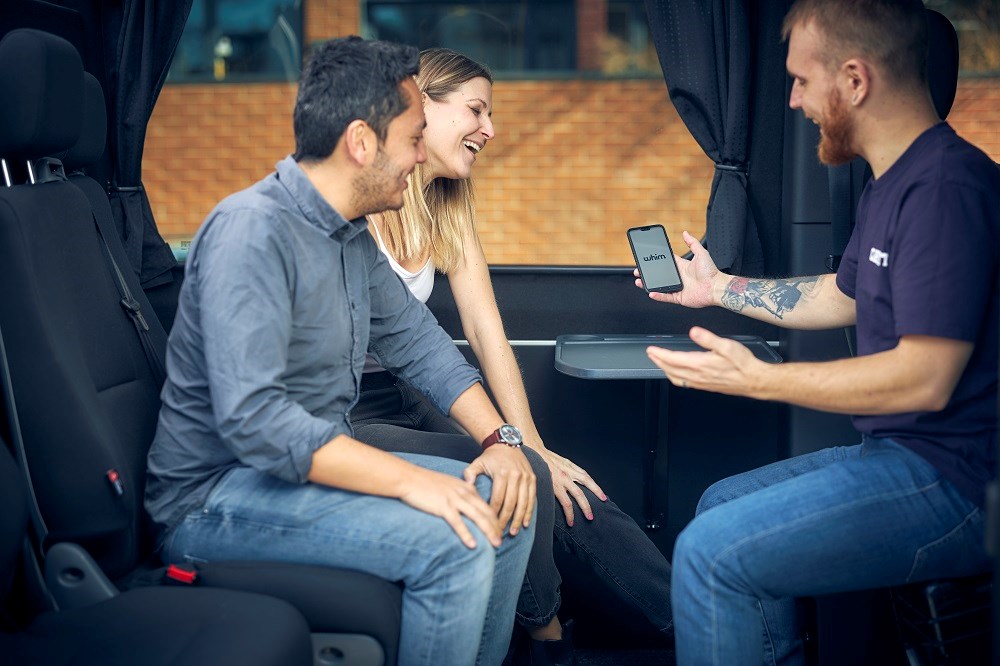 The company's Whim mobile app, launched in November 2017, has already been used to make more than 10 million trips in Finland, Belgium, England and Austria.

Conveniently combining public and private transport options, the Whim app can be used to plan a route, buy tickets for the train, tram and bus, to order a taxi and rent a city bike, electric scooter or a car. Whim offers single ticket purchases and a subscription plan that covers all forms of transport, providing the user with a comprehensive and flexible alternative to owning a car – while also reducing traffic emissions.

Founded in Helsinki in 2015, MaaS Global has attracted substantial international media coverage and received many awards in Finland and abroad. In February 2019, MaaS Global received the Future Unicorn Award for companies with the potential to become the future European Tech giants and to reach a turnover of more than one billion euros. The Whim app has also received recognition for good user experience and design. The company's CEO Sampo Hietanen is one of the best known Mobility-as-a-Service (MaaS) influencers in the world.

- There had long been discussions about the MaaS concept in the Finnish transport sector, so in 2014 Sampo Hietanen, who was the director of Intelligent Transportation Society of Finland, decided to invite different actors together to create a business plan and turn the talk into concrete action. Altogether 24 different organizations got involved from both the public and private sectors, including Helsinki Regional Transport Authority HSL, telecom operators, the Finnish Taxi Association and Uber, says Jonna Pöllänen, Head of Early Markets at MaaS Global, who was also involved in creating the intelligent transport and MaaS network in Finland.

The company born from the initiative was originally called MaaS Finland. The name was changed at the end of 2016 to align with the goal of being a global player. The ambitious startup sparked international interest right from the first funding rounds. In addition to the Finnish company Veho, its investors included French company Transdev, Karsan and Swiftcom from Turkey, and the Japanese giants DENSO, Toyota Financial Services and Aioi Nissay Dowa.

MaaS Global is the first company to start building a new mobility ecosystem globally, working with a range of different service providers. Alongside Helsinki, Whim is currently available in Birmingham, Antwerp and Vienna. In 2020, Whim will also be piloted in Tokyo and Singapore.

- The City of Antwerp, for example, is very much involved in supporting the development of MaaS and promoting the birth of a genuine MaaS market. The latest location where Whim was launched is Vienna which currently has five transport services live, whereas Helsinki already has about ten. So the market situation is still in its early stages there, but the growth curve is still going up. The package of transport services is important in order to serve the consumer as well as possible, says Pöllänen.

MaaS Global utilised Business Finland’s R&D loan funding when it first started operations, and the cooperation has continued ever since.

- Business Finland has brought positive visibility to Finnish companies and the MaaS concept. It has also provided a great variety of contacts and networking opportunities. Business Finland knows how to connect the right actors and through this we are able to meet international and build partnerships. Its local knowledge can also open up markets, Pöllänen explains.

On top of entering new markets, MaaS Global seeks to grow in its existing markets, add new services to the Whim app, and to provide a better a user experience for the end user.

- We are also planning to test the Whim roaming model, which combines different countries and cities. The idea is to bring the transport services of the new market to the consumer’s fingertips, ideally in their own currency and without any need for additional registrations or forms of payment. What matters most is that the consumers and users genuinely enjoy the service and see the added value it brings, says Pöllänen.

The investors have strong faith in MaaS Global’s ability to conquer the world. Completed in November 2019, the company’s fourth funding round was worth EUR 29.5 million, bringing the total investment to EUR 53.7 million. BP Ventures, Mitsui Fudosan, Mitsubishi Corporation and NordicNinja joined in as new investors.

The global MaaS industry is expected to reach USD 500 billion in revenue by 2030, playing a major role in reducing private car use and cutting emissions in cities. MaaS has already been mentioned as part of the European Commission’s Green Deal program which aims to reduce transport emissions by 90% by 2050.