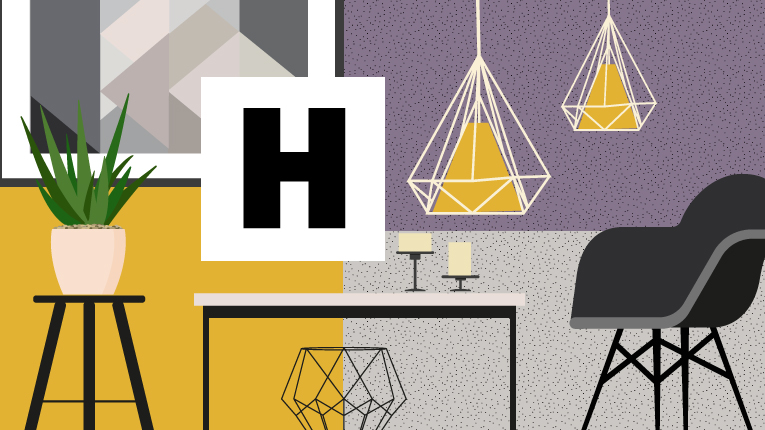 Finnish design fills the room and the imagination at Habitare.

"Finns are spending much time at home, which is a safe haven but increasingly also a work place, and Habitare therefore covers home and living from many angles," said the event's creative director, Laura Sarvilinna, at the opening ceremony.

Finnfacts brought a group of international journalists to the scene. Here is just some of what was discovered.

This year, the trend exhibition aims to challenge visitors' senses with not only visually appealing elements but also, for example, sounds and smells. The four themes are the Renaissance, glamour, dream world, and bare and pure, and they all reflect broader social phenomena and megatrends in design, interior decoration and housing.

In all of the rooms, brave, personal and colourful styles and visuals are highlighted and the creators challenge the visitors to ponder questions such as "why not?" and "what makes you happy?"

In the Renaissance room, for example, the creators have highlighted the changing perception of life's possibilities.

"There is a new era coming up now when people are innovative like during the Renaissance," says Susanna Björklund, curator and trend analyst. "For a long time, the norm has been to choose a profession for life, but today the mindset is about multipotentialites, not being afraid to change directions or do many different things at the same time."

The Block area is internationally the most diverse showcase of young contemporary Finnish design and designers. New talent is presented on a large scale with young designers, startups and design schools showcasing their work.

For example, the Protoshop area, organised by Imu and Habitare, is a platform that gives designers at the beginning of their career the chance to present their ideas to manufacturers and to the public.

"The aim of Protoshop is not only to help designers get their prototype commercialised into a product, but it is also much about helping them get out their name," says Saara Renvall, curator at Imu Design.

One of the prototypes is "MOOD" (Lampclock), designed by industrial design student Laura Laamanen. By changing its tone according to the time of day, her clock is an answer to the constant presence of screens and their blue light confusing our natural circadian rhythms, causing insomnia and other health problems.

"The idea came to me when reading about infrared yoga and its good effects, and I then developed an idea of how this could be applied in the home environment," says Laamanen.

Another one is PIILO, created by designer  Hanna Lantto, who wants to design objects that surprise the user. The stool can, for example, be used as an entryway seat or bedside table. Simultaneously, small objects can be stored and hidden away inside it.

"I wanted to create a functional product for small city homes as people usually don't have that much space," Lantto says.

A new theme for Habitare this year is the startup area, which brings out fascinating new and up-and-coming design companies to present their fresh collections. One of these is Husky Bongs, which offers exclusive home computing experiences. The company's founder, Wilhelm Bäckman, is experienced with computers and has wanted to combine this interest with design for a long time.

The result is a table with a built-in water-cooled computer with all the components visible making the hours spent in front of the computer more visually appealing. The prototype won two categories at the DreamHack Summer 2018, making Husky Bongs the first Finnish company to win a prize in this international competition. According to Bäckman, the startup's main market is abroad, but it does not necessarily have to be in the computer industry. In December, the company will launch its first commercial product, a lamp.

"Our main mission is to create products that are of high quality and are durable," Bäckman says.

In the kids' area, a giant pink pillow takes over the floor and everywhere people of all ages are seen climbing, playing and relaxing on the soft play area. This is artist and graphic designer Janine Rewell's answer to creating a space were children and their parents can be equally involved in the play.

"Here you see that children don't need to run around to get stimuli but their imagination is stimulated when they themselves can come up with what to do. This is a space that both parents and children enjoy," says Rewell.

Rewell points out that there is a lack of playgrounds where children and adults can interact, and it is common that the adult ends up only watching the children from a corner. The enormous caterpillar is engaging in a whole new way that lets children themselves come up with ways of utilising the play area, triggering and satisfying their creative steam.

The theme of the year is roots and it highlights the growing appreciation of the origins of things and different cultures as a reaction to globalisation.

This year, the annual international friend of Habitare was Cara McCarty, the curatorial director at Cooper Hewitt, Smithsonian Design Museum. During her speech, she talked about culture and roots and their impact on design today, illustrating her points with a collection from the Cooper Hewitt museum.

"I am impressed with the Habitare offering and in particular the use of wood," McCarty said in a release. "I have seen more wood during the past few days than I have perhaps during the whole year. The products show a strong relationship with nature; the whole palette is natural, which is the greatest strength of Finnish design."