The third edition of Slush Singapore brought the buzz to the Lion City. 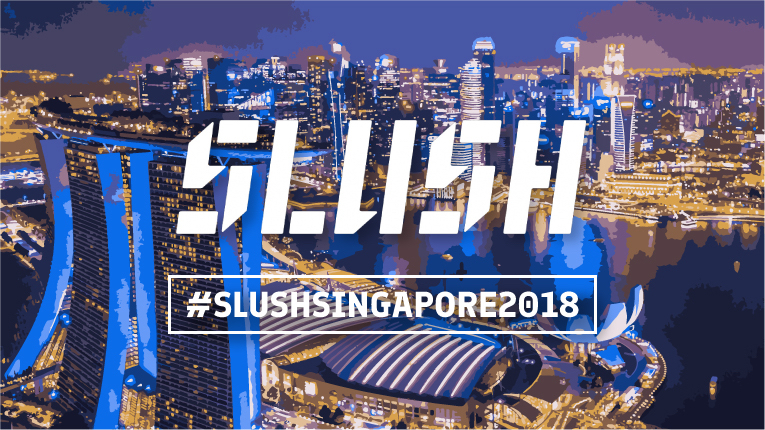 Slush Singapore shows no signs of slowing growth – something it shares with the white-hot local startup scene.

Following on the heels of Slush Shanghai the week before, this year's Slush Singapore saw a curious crowd coming out to listen to a variety of speakers cover topics from future transport solutions to blockchain – and, of course, to merely bask in the buzz.

Here's some of what caught our eye.

According to Hyperloop CEO Bibop Gresta, transport as we know it is set to change with capacity being limited and traffic going from bad to worse. The answer is Hyperloop: moving people on the ground at aviation speeds. Hyperloop uses electromagnetic propulsion and a levitated capsule which transports over 160 000 people daily at a not-at-all-shabby speed of 1 200 km/h. Sounds like something out of a sci-fi film, perhaps, but it is what future transport will look like – no more long commutes and traffic jams. A production plant has been announced in Brazil, so let's see where Hyperloop takes us.

Slush is all about entrepreneurship, with a particular focus on startups. A Philips-sponsored pitching competition narrowed the focus to health. Little wonder, with Singapore's rapidly ageing population of 5.5 million – the same as Finland's. Interesting pitches from FluidAI (boosting hospital visits), Third Opinion (AI-assistant for diagnostic image analyses) and NuriBio (personalised health, biopsy) were three that made an impact on stage.

3. Any kind of reality

One strong takeaway from the event was that technology allows the use of all kinds of reality (AR, VR, XR, or immersive technologies) to tackle all kinds of problems: health, visualisation, music, you name it. In fact, it was almost an exception if a company's offering did not include an AR component. Soon to be everywhere, in everything!

Keeping with the virtual theme, one of the highlights was the Helsinki stand bringing together eight Finnish AR, VR and travel technology companies. As opposed to a more traditional exhibition space, one of these, Zoan, created a virtual stand where visitors could experience each of the companies' offerings. In addition to this, the crème de la crème of Finnish companies were present, including Arilyn, Tripsteri (also Slush Singapore's official travel app), Immersal, Rakka Creative, Virtual Circus, VirtualTraveller and Grib 3D.

Finnish entrepreneur and coding spokesperson Linda Liukas closed the event. Her message: Where do stories fit in coding? Through her Ruby book series, Liukas is teaching kids around the world to code and prepare them for a world where many of the problems are computer-based. She has a brilliant way of dissecting the complexities of coding logic, or mainly how us 'adults' perceive coding as complex. According to Liukas, even the biggest problems are just "tiny problems stuck together".

Liukas also touches on artificial intelligence in her books, describing them simply as algorithms that use data to learn. She would want to see AI evolve further from its current use. AI should be used to support us. Liukas also spoke at the Women in Tech conference in Singapore – a great messenger from Finland about education and especially in coding.