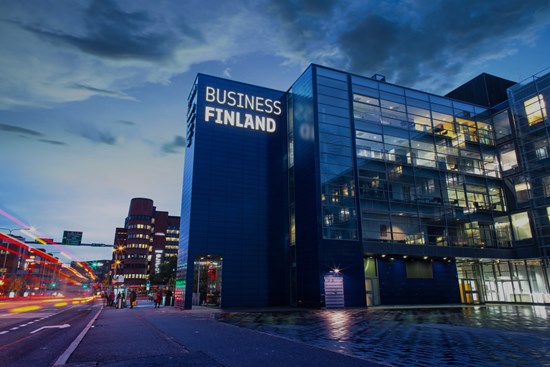 Business Finland continues the important work of its predecessors, Tekes and Finpro, for the good of the whole of Finland. It is an indisputable fact, that public innovation funding, when targeted right, plays an important part in the success of companies, and the society as a whole.

- We work for the long-term welfare of the Finnish society. I am happy to say, that we were able to achieve good results even with limited resources. Each euro invested in innovations can trigger up to 20 or 30 times new growth and renewal. The 300 million euro addition to innovation funding, proposed by the Confederation of Finnish Industries, would result in 60 000 new jobs and 6 billion euros worth of new exports. All this can be done in just one parliamentary term, says Pekka Soini, Director General of Business Finland.

Companies estimate funding from Business Finland as their most important source of funding for renewal. The impressive growth figures of Business Finland’s client companies prove the point.

Finland attracts investments from all over the world

Last year approximate 270 new foreign businesses came to Finland, and around 200 of those already in Finland, made new investments. Most new companies came from Sweden (77), UK (69) and Norway (21). The biggest sectors were health and well-being and ICT. According to an estimate by Copenhagen Economics, the 1000 jobs created by foreign companies can leverage as many as 3500 jobs.

The around 4300 foreign companies that currently operate in Finland, employ approximately 255 000 people – accounting for over 17% of all private sector workforce in Finland. According to Statistics Finland, foreign companies operating in Finland generated 92.2 billion euros in revenue in 2017 - a 9% increase to the previous year. The manufacturing sector is the biggest sector, both measured in revenue and in number of staff.

- Business Finland funding typically preceeds bigger venture capital investment. Our role in the early stages of funding is mainly to share the risk, and to trigger international growth. Since 2010, direct investment in Finnish statups has decupled, says Marjo Ilmari, Director of Startups.

A startup called ICEYE is a great example. The company develops radar satellites designed for imaging the globe. Business Finland granted ICEYE a 10 million euro loan to produce SAR satellites and to launch their Internet of Locations project. Since then, they have succeeded in attracting a lot of independent funding.

Tourism in Finland continued to grow from the previous years’ record numbers. The number of over-night stays by foreign nationals increased by 1.3% to 6.8 million. Europe is Finland’s core market: over half of the over-night stays come from the European Union member states, whereas the percentage of Asian travelers is 16%. During 2018, Visit Finland targeted marketing efforts especially to core markets such as Germany, the UK, China and Japan, but also to the steadily growing markets (The Netherlands, France and the USA). Visit Finland also directed some marketing efforts in India and the UAE, which are fast growing markets for Finland.

The travel industry is booming, and Finland has a strong potential to become the most attractive travel destination in the Nordics. The key to success is national cooperation, says Visit Finland.

Of all funding to companies

Projects ending in 2018 resulted in