Business Finland has analysed the impact of the coronavirus outbreak on Finnish companies: ‘The impact is not yet evident’ 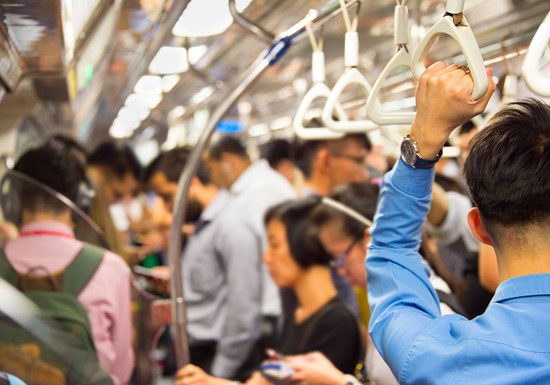 Business Finland has conducted a survey to collect information on the impact of the coronavirus outbreak on its customers’ operations. Currently, the outbreak has primarily affected travel for work, but other impacts are also beginning to emerge. The survey was also used to collect information on companies’ views on the measures Business Finland should take because of the crisis. Approximately 300 Finnish business leaders responded to the survey.

The results clearly show that companies can estimate the outbreak's short-term impact on their operations relatively well, but they are more uncertain of its long-term effects.

- In most sectors, China plays a major role in global supply chains. A company may think that its subcontractor network is Finnish or only dependent on German companies, for example. But once you analyse the situation more closely, you realise that in most cases the subcontractors use components that are of Chinese origin, explains the executive director of Business Finland, Kalle Kivekäs.

Approximately 60 per cent of respondents expected the crisis to have very little impact on their international growth. However, about a third expected the short-term impact to be either negative or very negative. About 80 per cent estimated that the crisis would not affect their company's employee numbers.

SME directors make up the majority of respondents

Business Finland's task is to promote companies' export activities, share the risks related to international expansion and remove obstacles preventing international growth. The goal of the survey was to create an overall picture of the impact of the outbreak on Finnish companies and compile the feedback received from businesses with the insight of the global networks of Business Finland and Team Finland.

- We conducted the survey to obtain direct feedback from companies on the impact of the outbreak and glean information on how to best help the companies during the crisis,' says Kivekäs. 'Our experts in various markets are close to the local value chains. The information they provide helps us understand how the measures being taken by China to contain the epidemic are influencing companies' operations.

Respondents were asked to estimate the outbreak's impact on their organisation's turnover, exports, employee numbers, international mobility, international growth and plans for international expansion. In the survey, which was conducted in February, respondents were requested to provide both short-term (0–6 months) and long–term (more than 6 months) estimates. The questionnaire was sent to more than 3,000 customers of Business Finland, and the response rate was 10 per cent (299 responses).

About 80 per cent of respondents were SMEs or micro businesses, and 20 per cent were large companies. The three main operating fields represented by the respondents were industry (40%), information and communications (ICT) (24%), and professional, scientific and technical activities (10%). Most respondents reported that their organisation's operating and market region covered at least Europe (> 70%) or Asia (56%), and about half said their organisation operated in North America (49%).

Staff mobility is currently most affected

According to respondents, the strongest impact was seen on their employees' international travel. About 60 per cent of respondents assumed the crisis would have either a negative or very negative impact on staff mobility in the short term, but long-term impacts were more difficult to estimate, with a quarter saying they could not estimate it, while about half expected long-term effects to remain small.

- Companies that reported Asia to be their market or operating region stood out here: almost 80 per cent thought the effects would be negative, compared with 20 per cent that expected the impact to be insignificant.

The survey did not separately analyse the impact of the coronavirus on Finnish travel companies. Business Finland's Visit Finland unit monitors the situation among travel businesses closely, because its mains tasks include the promotion of tourism in Finland.

Visit Finland's executive director Paavo Virkkunen notes that international demand is highly dynamic in the travel industry. He says a disruption in one market can to some extent be compensated for by demand from other markets.

- Many Finnish companies have launched rapid marketing and sales measures to plug the gap created by the crisis. Visit Finland is also supporting travel businesses in their efforts to find new international demand for their services, says Paavo Virkkunen.

Measures that Business Finland will implement on the basis of the survey will focus on constructing an overall picture of the situation and providing information on it.

A previously published article by Business Finland on the impact of the coronavirus.
The page also contains a summary of the survey results.

A separate report with the press release.

Finland's manufacturing sector is more dependent on China than statistics on exported goods indicate. Finnish companies produce large quantities of intermediate goods, which are used for the manufacture of finished products elsewhere. The export of intermediate goods accounts for approximately 76 per cent of Finland's total exports (ETLA 2016). According to Statistics Finland (2018), China was Finland's fifth largest export market, with a share of 5.5 per cent. China is the largest market when the export of intermediate goods and the markets that are the final destination of the added value generated by Finnish companies are taken into account.

Business Finland is a public organisation that offers innovation funding, as well as internationalisation, investment and travel promotion services. It employs 600 professionals in its 40 offices the world over and in its 20 regional offices in Finland. Business Finland is part of the Team Finland network. www.businessfinland.fi.   PDF For the press