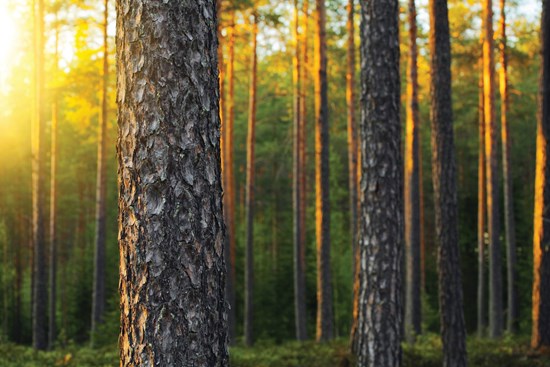 Many Finnish companies are creating innovative bio-based products and alternatives to fossil raw materials. Recent news show how Finnish bioproducts are making an international impact and countering the negative environmental effects of plastics and industrial processes.

Dow, one of the largest producers of chemicals in the world, announced its partnership with Finnish company UPM Biofuels for the commercialization of a plastics offering for the packaging industry made from a bio-based renewable feedstock. Following a successful year-long trial program using wood-based UPM BioVerno renewable naphtha, Dow is now manufacturing bio-based polyethylene (PE) at its plant in Terneuzen, The Netherlands.

“The partnership between UPM and Dow illustrates our ambition to ensure the products we sell support the shift from a traditional linear economy towards a circular economy,” says Carsten Larsen, Dow’s recycling commercial director for Europe, in a statement.

Finnish company Woodio has developed the world’s first 100% waterproof wood composite that consists of real wood chips. The company is currently building a pilot factory in Helsinki to boost the production capacity for its unique designs and products for bathrooms, including bathtubs, sinks and furniture, all made from aspen and birch chips.

In April 2019, Woodio’s material innovation won the Design Plus powered by ISH award organised by the German Design Council. The Design from Finland mark awarded the Design Deed of the Year prize to Woodio in September 2019, in connection with the Habitare Fair. The criteria for the award are originality, responsibility and design as part of everyday life.

Finnish companies Neste, Stora Enso and Woodly are highlighted in the Bioplastic Companies and Brands Ranking for September 2019 published by Bioplastics News. Woodly enters the list for the first time at number 13 and is the highest-ranked startup. Woodly produces a transparent, recyclable packaging material made from soft-wood pulp that can be used to replace traditional fossil-based plastics in packaging.

Currently at number 6 in the rankings, Neste is the world’s largest producer of renewable diesel from waste and residues. Neste also produces drop-ins or bio-equivalents to the oil-based chemicals used in the production of plastics. In June 2019, Neste and LyondellBasell, one of the largest plastics, chemicals and refining companies in the world, announced the first parallel production of bio-based polypropylene and bio-based low-density polyethylene at a commercial scale.

Rising up the rankings to number 7, Stora Enso develops and produces solutions based on wood and biomass for a wide range of industries and applications worldwide, including building, retail, food and beverages, manufacturing, publishing, pharmaceutical, cosmetics, confectionery, hygiene and textiles.