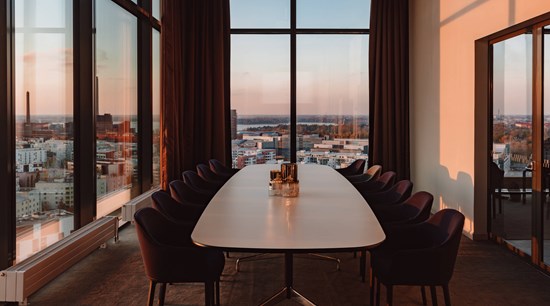 Norwegian company Nordic Choice Hospitality Group has announced that it will open a new 700-room hotel the Helsinki-Vantaa airport in 2023, which will be the biggest hotel in Finland. The EUR 120 million hotel will be built by LAK Real Estate Oy and construction work on will begin in 2020. The 13-storey building will feature two hotel concepts as well as meeting and conference services.

Nordic Choice Hospitality Group is one of the largest hotel companies in Scandinavia with 195 hotels in Scandinavia and the Baltics and over 16,500 employees. The Norwegian company is fully owned by Petter Stordalen through his company Strawberry Group.

“We have set high goals in Finland. We currently have 15-16 hotels here; I think we need a total of 50 hotels. If we operated only in the mid-range, 20 hotels would be enough. But since we have everything from budget hotels to five-star destinations, we need more,” said Stordalen.

In August, Stordalen announced the acquisition of Kämp Collection Hotels, a leading luxury and lifestyle hotel group in Finland, from CapMan Buyout funds and other owners.

“Both Finland and Helsinki have become very lucrative travel destinations, and we’ve seen consistent growth in the local travel industry,” said Stordalen in a statement.

According to Pia Kåll, Managing Partner of CapMan Buyout, the turnover of Kamp Collection Hotels almost tripled since 2014 and many iconic hotels in Helsinki were added to the portfolio.

Helsinki is currently enjoying a boom in hotel construction and expansion, with many new projects underway. According to the Finnish business publication Kauppalehti, Helsinki is now among the leading European cities in terms of the annual occupancy rate for hotel rooms. The average price of a hotel room has also been increasing in recent years.

“We are especially pleased that Nordic Choice is expanding its operations in Finland with a wide range of brands from budget to luxury hotels,” says Hanna Lankinen, Head of Travel and Consumer Business Industry, Invest in Finland.