As of September 1, foreign nationals residing in Japan with the status of residence are allowed to re-enter Japan. PCR testing is required 72 hours before departure as well as upon arrival to Japan. Similarly to Japanese nationals, 14 days quarantine is required either in a designated hotel at the airport or at home. Public transportation may not be used for transporting from the airport during quarantine period.

Foreign nationals who have stayed in any of the countries or regions (even if they had only transited via these) which are subject to denial of permission to entry within 14 days prior to the application for landing are, in principle, denied from entering Japan. Finland is currently included in these countries i.e. it is not possible for Finnish people to enter Japan at the moment. Ministry of Foreign Affairs issues 4 stages of the travel warning as per below. Finland along with other European countries is currently at #3. There has been no border closure.

The emergency declaration was lifted in Tokyo and other remaining prefectures on May 25. Remote working is still recommended. The infections were on the rise during summer holidays in August but it seems the situation is calming down again. The officials say that there is no need to declare a new nationwide state of emergency. Business is as usual for theaters, sports facilities, museums, restaurants and bars under the strict hygiene and prevention measurements. Both indoor and outdoor events are allowed to accept up to 10,000 audience or up to half of the facility's capacity.

All nationals arriving from all regions are called upon to self-isolate at home or wait 14 days at a location designated by the quarantine station chief and to refrain from using public transportation. However, the 14-day isolation requirement will be lifted from Japanese residents and foreigners with residency status in Japan returning from 1 week or shorter business trip abroad. The exact date of coming to effect still to be confirmed.

Nationals arriving from the countries and regions with entry ban to Japan within 14 days prior to their application for landing into Japan are subject to conducting of PCR tests for the time being. Recently, passengers from 11 countries/areas were exempted from this requirement (Asian countries only, i.e. Finland not included among these countries).

PCR test center has been opened to Narita airport. Departing passengers may take the PCR test for approximately 320e and receive the result in 2 hours.

While consumers are afraid of traveling and uncertain economic outlook for the post corona world, they are also very frustrated with the ongoing stay home environment craving for leisure activities. Japanese are known for the mentality for not wanting to cause trouble to other people. Domestic traveling is becoming more and more active.

Japanese government started a "Go to Travel" campaign to stimulate domestic traveling in July. So far, 4,2 million people have used the discounts and benefits for domestic traveling according to the preliminary report. Tokyo was first exempted from the campaing but was included to it starting early autumn.

According to the latest government release, the number of layoffs has exceeded 50 000 and bankruptcy cases has exceeded 450 companies. Unemployment rate deteriorated to 2.9% in July. Travel agents are continuing to take actions for temporary leaves and reduced wages to minimize financial costs. This crisis is also affecting corporation's recruitment activities for the university graduates in 2021. Nikkei stock index has risen back to pre-corona time average despite the political uncertainty due to the resignation of Prime Minister Abe.

Thanks to the government's stimulus plan "Go To Travel" commencing on 22nd July over the summer holiday season, travel demand is gradually coming back. Domestic traveling will lead the early stage of the recovery phase. Frequent outbound travelers see the current situation as an opportunity due to zero fuel surcharge, strong JPY and less crowded environment at airports and destinations. Unfortunately, the very strict quarantine measurements have been imposed, still limiting only to essential travels. Travel agents are now shifting their focus towards the winter business opportunities. Destination's active hygiene practice by both private and public sectors will be very important. Safety, security and cleanliness along with nature will be essential.

Depending on a possible lifting of the quarantine measurements, corporate markets and researchers will resume overseas traveling along with FIT. Depending on the economic recovery in the post Corona time, students and millennial segments may become active. We might expect some senior markets for luxury travel. Special Interest Tour, SIT on certain themes and hobbies may also be another market to keep in mind.

Winter 2020-2021: There is a growing expectation among the travel agents for winter products to Finland, mainly Northern light viewing in Lapland. With Finland's fundamental strength of its nature and clean destination along with the direct access and closest Europe from Japan, Finland could lead the early stage of the ramp up phase for Japan. We saw two digits growth in January and February. The market potential for aurora were felt by our industry partners earlier this year. It is subject to Ministry of Foreign Affairs' travel warning which is currently 3 for Finland and most of the countries. The warning level needs to be returned back to 1 for travel agents to resume sales activities of tour packages.

Finland's top of mind image among Japanese consumers are very well positioned for its nature, interior design, Santa Clause and lifestyle. It is an ideal destination to drive FIT markets. Aurora in Lapland is a very strong tourism icon as Japanese travel agents have experience during the SARS outbreak in Canada between 2003 and 2004 where winter business to Canada grew by double digits after the huge drop in the annual visitor number by 200,000 in 2003.

Travel agents are continuing to take actions for temporary leaves and reduced wages to minimize financial costs. Tour packages have been cancelled throughout September departures. Resources have been reallocated to the domestic market for the anticipated sharp demand increase due to Go To Travel campaign. The budget is worth 1.5 trillion yen. There have not been major bankruptcies reported. Tumlare and Kuoni merged to one company under the new corporate new "Kuoni Tumlare" as part of the re-organization.

Aurora viewing for winter period has good potential as well as city holiday products in Helsinki. Christmas market is another attraction. 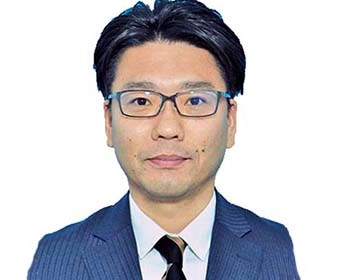