Finland's position in the market

For decades, Finland has been the market leader for Russian travelers among all European countries, including Nordics & Baltics due to very convenient and versatile connections. Finland is easy and convenient destination for example for citybreak tours.

However, despite being the nearby market for Russia, when compared with the traditional mass tourism countries such as Turkey, Greece, Italy, Spain and other sunny beach destinations, Finland is a niche destination with shorter travel duration due to the less attractive climate conditions.

Approximately 80% of pre-pandemic tourism traffic to Finland came from areas that are located close to border (North-West Russia) and consisted largely of one-day trips. Large amount of tourists used to travel to Finland by own car, and this trend is likely to increase after borders re-opening.

The most important areas are St. Petersburg & North-West Russia and Moscow region. Season wise St. Petersburg is more or less year-round, while Moscow is more winter focused. Regional centers are potential almost solely as a Helsinki stop over traffic source. Other regions are of minor importance presently due primarily to weaker income level of travelers.

The most important competitors are Baltic countries, especially Estonia, Russian domestic destinations and other European markets with convenient traffic connections.

Finland is well-known on the market for convenient traffic connections and multiple ways to come to country. Before the pandemic, there was possibility to reach country using the following direct connections: flight, train, ferry & coach. A significant number of departures is from St. Petersburg, but also Moscow has good connections to Finland.

Finland is visible in the market media due to different info occasions. Also Visit Finland is constantly implementing visibility and country brand image campaigns on the market

Russians prefer beach holidays at the sea, as well as cultural travel and active recreation in the forest and mountains most of all. The demand for food tours has also increased. The popularity of independent travel, travel by train and especially travel by own car is growing.

Right now, travelers have become more interested in recreation in picturesque places away from civilization with fishing and hiking, interest in nature tourism is increased. Travelers have begun to pay more attention to unusual types of accommodation in remote natural environments such as campsites, nature hotels, glamping, capsule hotels in different locations near lakes, in forests, in the mountains, on the seashore. Also yacht tourism is a rising trend amongst affluent Russians.

The price of a tour and the value of new impressions are two factors that determine the choice of a vacation destination. Russians want to get a new interesting experience, but at the same time stay within their budget.

One of the most important feature of the "ideal holiday" determined by Russians is "contrast" with their usual life (so that the situation on vacation would differ from what they are used to at home). In summer season 2021 Russians often prefer to book higher-level hotels and not save on vacation, since in 2020 many people were forced to cancel or postpone their vacation caused by the quarantine restrictions.

The total share of tour operators in 2019 amounted to 58,8% of all outbound trips made by Russians: that is, six out of every ten Russians used the services of a travel agent and a tour operator. In case of Finland, the amount of direct bookings is traditionally higher than to other destinations. According to a survey conducted in 2021, Russians contact a travel company for two main reasons: if organizing a trip on your own and without an expert is too difficult or if the trip is cheaper.

Russians are trying to travel more often within their region and forming the trend for a secluded and safe vacation. Tour operators say that tourists don't book a tour earlier than 2-3 weeks before departure or even do it only on the eve of departure to be sure that the trip will take place.

Russian industry players (TO's, TA's, OTA's, niche players) are interested in Finland as a travel destination, and wait for border re-opening. Most of the operators, who has sold Finland before the pandemic, are ready to re-open the destination and announce tours as soon, as they will have sure information about border opening. Also new players are interested in selling Finland. The main challenge is uncertainty with borders.

According to the market players and surveys, the pent-up demand is quite high, many tourists miss European countries in general, and Finland in particular. Russians keep showing the greatest interest in travel despite of pandemic situation in the world.

Incoming agencies and DMC's are important for certain destinations and niches. However, what comes to mass tourism, the travel is mostly independent or organized by Russian tour operator. Only minor set of DMC services is typically used: for example DMC is required to organize the excursion and lunch, while accommodation is booked directly. The higher is the income of the tourist, the bigger demand for quality DMC services is. Region-wise, the most important areas for buying services from DMC agencies are Lapland and Helsinki.

At the moment, there is daily flight connection from Russia to Helsinki, as well as regular bus connection from St. Petersburg to cities of Helsinki and Lappeenranta. Ferries and trains are not operating due to border closure, but it is likely, that they will resume operations immediately after border re-opening.

At the moment Finland can be accessed from Russia only by essential reason (for more information see Category II restrictions at Finnish Border Guard website). Effective 21 June 2021, two new categories can apply for the Finnish visa and access to the country: parents, parents-in-law and grandparents travelling to Finland to meet their underage children and persons who own property in Finland and their family members (spouse and minor children).

The main themes for the recovery start will cover the strong image of Finland as the closest and safest European destination with pure nature, convenient services, safety & space (room to roam) and the easiness of terrestrial travel.

Finland, as a perfect place to have a genuine connection with nature to feel calm and harmony in the rapidly changing and unstable world, will meet both the Russian tourists demand and country's long-term reputation as a pristine nature destination. Heavy traffic, work-related stress, fuss, noise and pollution of the Russian big cities make people care about improving both physical and mental health.

Land of a thousands lakes is a widely known alternative name for Suomi in Russia. The strong reputation of Finland as a land of thousand lakes is connected to one of most essential key selling points: year-round cottage and nature hotel vacations.
According to the Association of Russian Tour Operators, when promoting a destination, the focus should be on travel freedom, highlighting that "it is just like old times" rather than on restrictions and safety precautions that have already caused Russian tourists' fatigue.

Sustainable travel is considered in Russia from significantly different angle than in Finland (read more in Finnish). The term "sustainable travel" itself is rare known. Though, concept for "ecotourism" is now rising in Russia. In general it means any trip to the natural areas to escape from «civilization», sometimes combined with learning local traditions but not based on a responsible choice. While marketing Finnish destinations for Russians from sustainability point of view, we recommend to underline the benefits of less-crowded, rural locations; buying goods made by locals; using non-air transport and traveling during low seasons.

Russians' spending on the 2021 summer holidays have increased. Domestic tours in Russia have risen in price by 30-40% and abroad tours by 40-70% compared to last summer, primarily due to limited international air traffic, high demand, rising cost of air transportation and the weak ruble exchange rate. The tourists focused on budget holidays choose the domestic resorts. Turkey is the leader among the foreign destinations.

The high interest in domestic traveling is due to the border closure to most countries and the local tourist cashback program. The interest of Russians in domestic destinations has almost reached the pre-pandemic level of 2019. The growing popularity of domestic tourism has contributed to an increase in demand for weekend trips which are more often chosen by tourists aged 30 to 35 and in second place are people aged 25 to 30.

It's hard to forecast when the borders will be reopened to the leisure travel from Russia due to unstable epidemic situation. Thus, in summer 2021, Russia saw the third wave of pandemic driven by the highly transmissible Delta variant and slow vaccination campaign. As of end of August 2021, approximately 29% of Russian have had the first dose of the vaccine and 24% have been fully vaccinated. At a rough estimate, 80% of Russian population might be vaccinated by the end of this year.

Even though none of the Russia's four registered vaccines hasn't been approved by the European Medicines Agency or the World Health Organization, some European countries recognize either Sputnik V (Greece, Croatia, Montenegro) or all Russian vaccines (Turkey, Cyprus, Estonia) for making it easier for Russian tourists to travel and spend their summer holidays in these countries.

Based on the current motivation, preferences and behavior of Russian travelers, two core target groups are being identified to reboot the Finnish offerings after the borders opening, namely, the nature lovers and the authentic culture seekers. The year-round products on the Finnish nature (spa & wellness, cottage lifestyle, outdoor recreation, sports activities, family nature adventures etc.) and Finnish culture (local sights and attractions, food, events and shopping), as well as programmes combining both themes above, should be considered as top priority to restore and increase the demand.

The gradual resumption of international flights has not yet led to a significant increase in foreign business trips of Russians. The share of foreign bookings remains low due to local travel restrictions, and the policy of large companies to limit the number of trips abroad. In general, employees of mining, manufacturing and energy companies currently travel more often than others.

Given the sustainability as a hot topic today and Finland's achievements in sustainable development, technical visits to learn about the country's green initiatives might attract more Russian business travelers from public and industrial sectors.

Increasing awareness of Finland as health and education travel destination among not only the end customers but also within the Russian professional and experts communities as well as b2b networking partners will drive these segments' growth. However, these products can compete with the top European and American counterparts only if they feature a Finnish unique approach and cutting-edge know-hows. 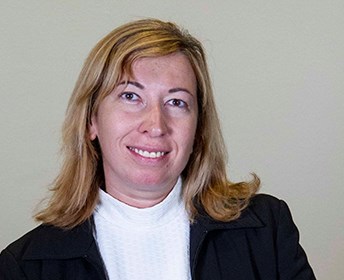 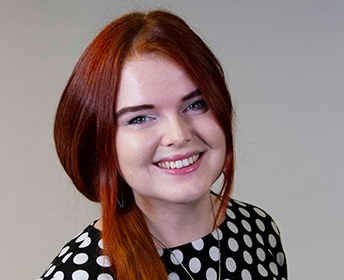