Towards a common future

The Growth Deal is a new model of dialogue and cooperation between the public and the private sector, which takes full account of the various dimensions of the industry.

What is a
Growth Deal?

The Growth Deal is a new tool to foster continuous dialogue between the public and the private sector.

The Growth Deal is also a concrete action plan in which the public sector and the representatives of various lines of business jointly outline the future growth and development goals and future business opportunities of the industry. The aim of the Growth Deal is to support the development, growth, and internationalization of the companies in the industry with practical measures.

The Growth Deal promotes a continuous and goal-oriented dialogue between the public and the private sector. The deal for the audiovisual industry also serves as a framework and roadmap for the growth deals of other industries.

The public sector and the operators in the audiovisual industry use the Growth Deal for the audiovisual industry to jointly outline the future growth and development goals and future business opportunities of the industry. In addition, they agree on practical measures that enable the public sector to provide the companies in the industry with concrete support in terms of growth and development.

The drafting of the Growth Deal for the audiovisual industry began on April 20, 2022 in an event open to the public. A pilot operating model of the AV Growth Deal will be completed by August 31, 2022.

What does the Growth Deal mean in practice?

It enables a continuous dialogue between the public and the private sector and promotes a consensus on the future potential of the industry. It also enables agreement on a set of common growth goals for the industry and measures with which the public sector can support companies in complex changes in the operating environment in the long term. Furthermore, it enables a concrete action plan which clearly describes and schedules the responsibilities, roles, and concrete measures of both the public and the private sector in achieving growth.

Who will benefit from this?

The roles, responsibilities, and obligations set out in the growth agreement will be defined during 2022 together with all of the parties involved. The measures defined in the Growth Deal will primarily focus on supporting the growth and internationalization of the companies in the industry.

The preparations for the Growth Deal include several events and channels in which to participate in the debate and work.

April 20: The event, which is open to the public, is strongly focused on the future of the sector as well as its opportunities, obstacles, and preconditions for success.

May 16: The workshop focuses on the creation of a practical operating model and a set of measures to build a common future and achieve the goals. The program of the event will be announced after the event is held on April 20, 2022.

August 31: The publication of the growth agreement in the Screen Helsinki event.

Before the first event in April, we initiated exploratory discussions by organizing webinars for the various operators in the industry. The aim of the preliminary discussions was to identify the wishes and views of the various operators regarding the format and content of the Growth Deal and the future goals of the industry. The project team invited stakeholders for consultations and collected the comments of various target groups for the project in a centralized manner.

After the public events, we will send surveys to the participants via email to clarify the industry's expectations, views, and concerns as well as the methods to target the necessary actions. You can also find the open surveys on this page.

The ministries have delegated the implementation of the project to the organizations under their governance, which are Business Finland and the Finnish Film Foundation. Audiovisual Producers Finland – APFI has been invited to represent the private sector in the steering group. Practical development work is supported by the industrial policy program Film Tampere, which is funded by the Ministry of Education and Culture and conducted by Business Tampere, the economic development agency of the Tampere region.

The growth agreement is a continuation of the efforts already made, which include the creative economy roadmap, the roadmap for the Finnish audiovisual industry, comparisons with similar European growth agreement concepts, and other studies and interviews in the industry.

Head of Film in Finland 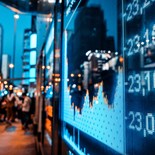 The Experience Commerce Finland program (2019-2023) enhances the international growth of companies selling their products and services direct to consumers (D2C). The goal is to increase the ability of companies to meet the expectations of digital age customers for individual and seamless customer experience. 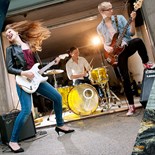 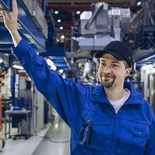 Business Finland is an accelerator of growth and a neutral partner for SMEs and midcap companies. We offer funding, advice, as well as information and contacts in the target market for the Finnish companies with the most growth potential. Our basic services are free of charge. 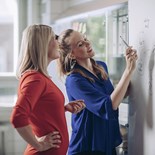 Business Finland is an accelerator of growth and a neutral partner for startup companies. We offer funding, advice, as well as information and contacts in the target market for the Finnish companies with the most growth potential. Our basic services are free of charge. 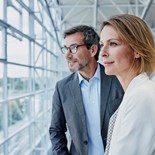 Business Finland is a partner for large companies. We can fund the renewal of business, bring interesting potential partners to the table, and support companies in the export market. 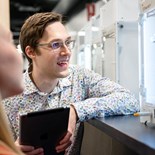 Business Finland funds research, when the results will be available for the use of Finnish companies in their export business.